Don’t worry that chips, chocolates and cheese are going away anytime soon.

There’s something super-steamy about DC in a heat wave, especially when tempers are already rising with the budget posturing. The heat index is over 100 and it makes folks cranky. 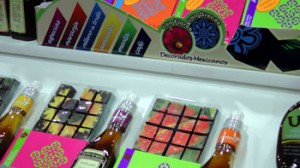 Fortunately, just a few hot blocks away was the National Association for the Specialty Food Trade’s Summer Show (aka the Fancy Food Show). In Washington for two years due to renovations at it’s former NYC home, the show featured 180,000+ products! Now we love food but that’s a lot of stuff! 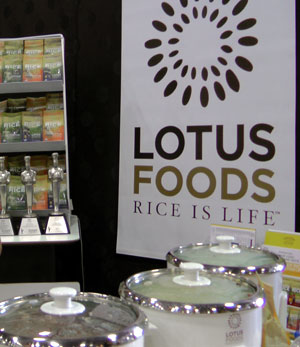 Chips, salsas, cheese, chocolate-covered everything, and sauces, dips, wines, beers and vast seas of olive oils.  Chutneys, seaweed, meaty bits.  Bacon chocolate.  Confections and chilies.  Mountains of teas.  Fruited  items (though not much actual fruit… one product advertised that it made fruit “easy” as if there’s something difficult or time-consuming about biting into a piece of fruit).Plus, sodas, juices, soda-like products and water variations (herb, black, relaxing….).

According to the show’s info, there were over 2400 exhibitors from 80+ nations but some were way more prominent.  Italy seemed to be everywhere. Korea.  China. Mexico.  India.  Greece.  U.K.  Canada. Italy (did we mention they were really prominent?).  Individual states were represented as well, serving up treats non-stop.  In many ways, the show really shows just how much of a treat-based culture we’ve developed.  Fancy = treat. 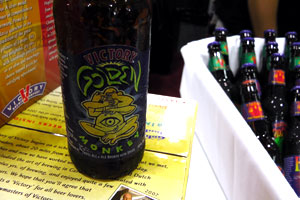 Lots and lots of sugar and cheese items, many of which were advertised as “Gluten-Free.”  We must have missed the mass attack of celiac disease because based upon the number of items that tout how free they are of gluten, there must be hundreds of millions of us afflicted (and growing fast).  It’s become the new lactose we suppose.

The sheer number of products is mesmerizing… and we can happily report that there is an increasing number of items that are actually nutritious and delicious.  Organic items., we are pleased to see, have crossed solidly into gourmet territory as people increasingly wake up and realize that purer foods are just better, taste-wise and otherwise.  Rices had a solid showing and ancient grains were prominent, including the “new quinoa,”  keniwa (like teensy quinoa, about the size of amaranth).  Two finalists in the show’s “best of” sofi awards that we really liked included Lotus Foods rice products and the Zocalo Gourmet Pusac Punay beans.  A treat to eat yet super-satisfying and substantial in a way that scoops of chips and snacks can’t touch.

Others finds worth mentioning include the awesome folks at Teatulia (the ladies that harvest the tea actually sing to the plants)who combine good works with great taste.  We can’t wait to try a tasty homemade kombucha with some of their incredible flavors.

Popped Sorghum Mini Pop looks like teensy weensy popcorn for miniature humans.  It’s claimed to be more nutritious than corn. And, unlike a lot of corn products, this one is GMO-free.  It comes in a bunch of flavors and tastes, well, like popcorn, except it’s so darn cute.

Herbal water was intriguing though we do wonder why someone has to purchase a bottled, packaged product when they could easily put some herbs in a bottle of water, wait a bit and enjoy.  If you grow your own herbs, it’s not only super-easy, it’s free and takes no toll on the environment (in fact, it helps).

There was also some darn good beer.  We especially liked the Golden Monkey out of the Victory Brewing Company.  In fact, by the time we were done trekking through the thousands of exhibits, we felt like our own little monkey third eyes (in our bellies) were fully open.