Ever wonder why the fattest among us often walk around with a large diet soft drink? Now an answer is suggested by science

We’ve known it in our guts for a long time and chances are you have too.  You know all those folks scarfing down the super-sized meals along with diet drinks? They’re getting fat, not only from the fries and such, but from the diet soft drinks themselves. Though it seemed so obvious, we now have research that backs this up. 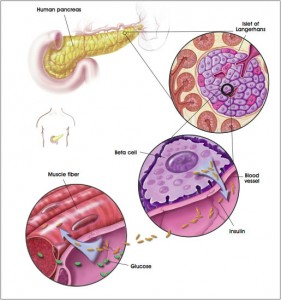 A study presented at a meeting of the American Diabetes Association now proves what we’ve intuitively grasped.  That phony sugar ramps up the I’m-eating-sugar signals but gives none of the I’m-full-and-can stop-eating messages.  According to one report, Sharon Fowler, obesity researcher at UT Health Science Center at San Diego and study co-author, was quoted, “Artificial sweeteners could have the effect of triggering appetite but unlike regular sugars they don’t deliver something that will squelch the appetite.”

Thanks for that.  Over a year ago, we wrote about a possible soda-pancreatic cancer link.  Of course, as we always remind our audience, it isn’t our mission to tell people they cannot enjoy the beverage of their choice, including drinking soda from time to time.  Rather, we’d like to see people wake up and accept that nothing comes without a price.  We ourselves even enjoy beer and chips and cake and coffee as an occasional meal so certainly have no grounds to say diet soda and fries should be absolutely verboten.  Instead, how about drinking soda, diet or otherwise, (and allowing our children the same) as a rare exception, not a general rule?

The Veggie Queen: Vegetables Get the Royal Treatment , by Jill Nussinow, MS, RD