Why We love High-Fructose Corn Syrup…or, “Love that Top.”

We’ve heard that the High Fructose Corn people have been feeling a bit beleaguered.  Even after Audrae Erickson, president of the the Corn Refiners Association, a trade group in Washington that represents the biggest makers of high-fructose corn syrup, put up a Web site, HFCSFacts.com, to blunt criticism of the sweetener (check out  video of moms chatting about HFCS), it’s not going well.

The popular Facebook page attaching HFCS and some sometimes hilarious YouTube parodies (Love That Top) (as reported in the NY Times) have finally gotten under their skin, and companies like ConAgra, Archer Daniels Midland, Cargill and more have a problem.  For good reason or not, folks are feeling pretty creeped out about HFCS (could it be that they’re feeling a bit used by the mega-food-agri-pharma industry??).  So, believe it or not, no more HFSC in Hunt’s ketchup, Gatorade, several Kraft dressings (why does salad dressing have sweetener anyway?), Wheat Thins, Ocean Spray cranberry juice, Pepsi Throwback, Mountain Dew Throwback and the baked goods at Starbucks. 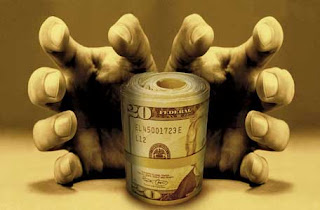 We can only imagine where this is going since if one company does it, others usually follow (sheepishly). Apparently, they are losing the consumer who now increasingly wants something that does not have HFCS (it is a tad yucky to have hormone and metabolic imbalances, liver issues et al. from your soda, isn’t it?).
Now we get it that the substitute “natural sugar” may be not so great for one’s metabolism either but we have to feel a bit self-satisfied to know that at least the mega-food-conglomerate-machine won’t get to use as many of those corn subsidies we pay for.  Ha!  Take that!
Anyway, we love HFCS for becoming yet another example  (remember milk hormones?) of what happens when people wake up and see what’s happening and take time to speak up and act accordingly.
Even mega-food will listen if it has to.
www.wakeupandeat.com (c) 2010
Prev post

Poison and What We Eat