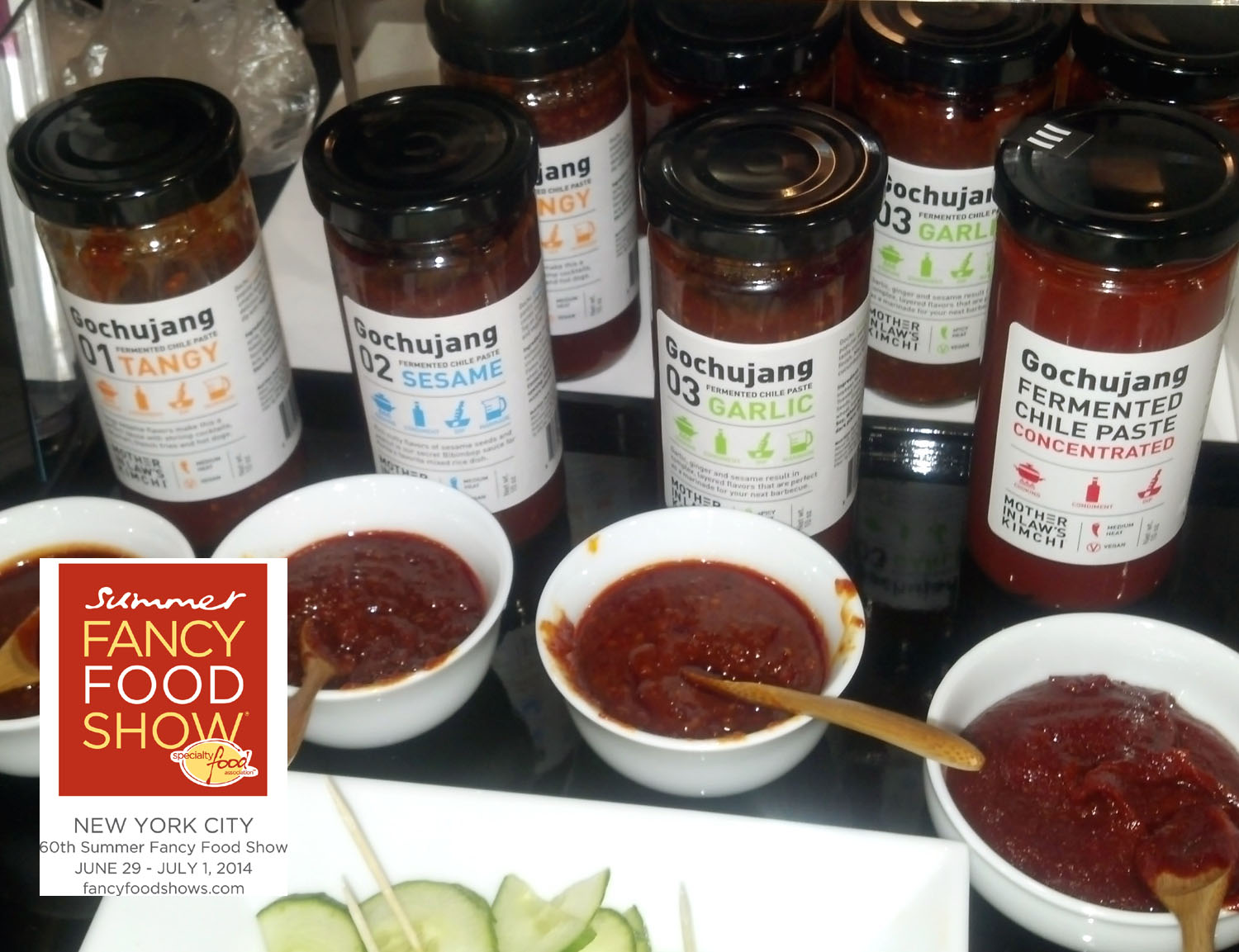 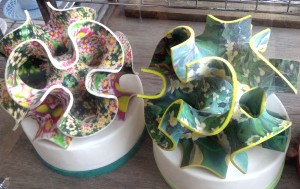 From 3D sugar printed cake toppings to extra-spicy everything, the NYC 2014 Fancy Food show brought the largest assembly of specialty food producers ever to the Big Apple.  We ate our way through aisles and aisles of products, risking poundage and snack overload to find what we think are some of the coolest products out there.  Here’s a sampling.

Spicy was clearly in with several companies combining extra hot peppers (think habaneros, ghost peppers and the like) with chocolate, popcorn, nuts and more.  Candied jalapenos were also decidedly different. Who can resist a sweet hot rush?  We also loved a Serrano-based hot sauce with a Japanese accent – the perfect amount of heat and flavor — Midori Green Sriracha, as well as Mother-in-Law’s kimchi (the daikon was delish) and their sister dipping sauces (one won the coveted Sofi award).

In addition to the proliferation of various kombucha drinks (and at least one make-your-own kit… see our own easy DIY directions here), this year’s show brought us a Thai Basil Drinking Vinegar (slightly sweetened) from Pok Pok Som as well as a raw organic tigernut milk horchata made by Our True Roots tigernuts, a legume that has a long history as an edible (apparently fish love it too, making it a top bait).  Nut and seed butters also  have proliferated as consumers have woken up to their mighty health benefits and scrumptious taste.

Tea remains popular, branching out to cocktails and scaling the heights of the beautiful, underscoring that while we love coffee, tea has a strong hold as the most popular beverage.

Among the sea of chocolate and cheese, gluten-free remains a strong “niche” and vegan is clearly growing (though at least one puzzled vendor seemed confused as to what vegan even meant). Hats off to these up and coming producers such as Maggie’s Conscious Vegan Cuisine.  Detox was also hot (it’s no wonder given all the candy and such we saw with detox drinks and teas (Republic of Tea had a fabulous one).

After sampling a flight of 13 different artisan mezcals, including some delectable smoky wild-crafted varieties (called Mezcal Silvestre) that highlighted the craft that  some say holds promise for a new type of sustainable business in Mexico, we were ready to scarf down just a bit more sugar, salt and spice and take a nap. 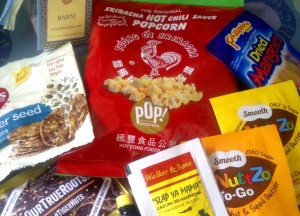 But first, sriracha popcorn anyone?

Wake Up, Consumers. Is Nanotech the New GMO?