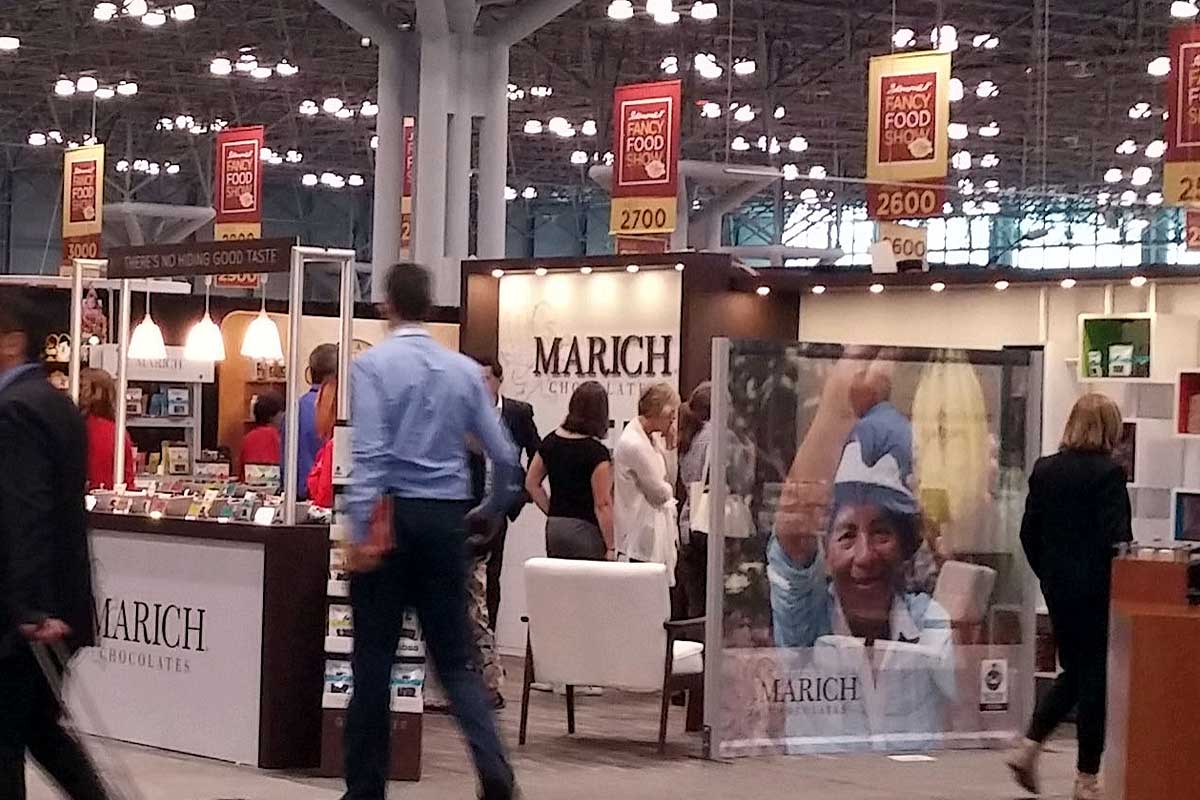 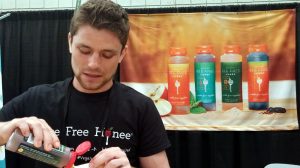 It’s that time of year for fancy food (aka “specialty” food) at the massive 62nd Annual Summer Fancy Food Show in New York City. The weather was June’s finest and the show floor was hopping. Your humble correspondent was there, bringing you the new and fanciest trends.

Delighted to report, VEGAN is making inroads, with mayos, yogurts, frozen desserts and lots of options in the chocolate and snack departments too.  Even the international folks (55 countries exhibited) added some options nestled 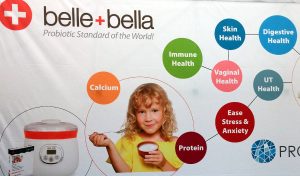 HERBAL and FUNCTIONAL foods were also prevalent with the memo apparently widely circulated that turmeric-based drinks are in. Numi served 4 turmeric teas, while Bija Bhar’s Resilience blend and incubator Delish Organic were among the drink mixes. Flavors like sage,

Icelandic moss and thyme (Dallmanns lozenges, Good Nature tea) were also  offered as tasty treats in a healthy lifestyle. Yes, many were called SUPERFOODS, but we can forgive the cliché if the end result works. Full immersion healthiness was the focus of some items, plugged according to health function such as Liver, Adrenals, Digestive Issues, DeTox and Cleansing (Piave wellness oils, Teaonic‘s lovely tea line) . Goldenberries – a South American berry that is one of the few plant sources of Vitamin B12, popped up several 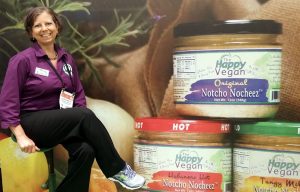 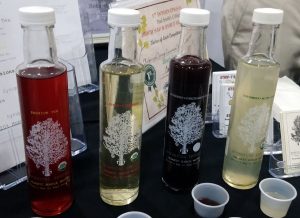 In fact, BEVERAGES of all sorts were going strong. Multiple birch waters were found (Sealand Birk, Sapp and the beautifully bottled Botanical Springs), made by tapping birch trees in the Spring, following the successful introduction several years ago of maple waters. Lots of kombucha as well (see our recipe HERE), together with drinking vinegars (Live), and many varieties of new sodas. Forager’s line of juices and nutmilk drinks were enticing, as were several new non-dairy milks. Milkadamia could change our morning coffee for the better. Criobru’s roasted ground chocolate was an idea that may have legs though to us it lacked the coffee kick. There were also mixers galore as cocktails 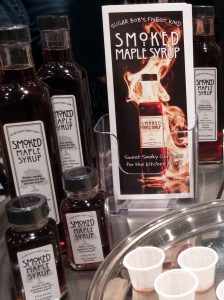 are still trending. In the thirsty department, Norway’s Nothing water really made us think. Really? Nothing? Sign of the times we suppose.

Even among the many chips and chocolates, there were new products, including many SMOKED such as Sugar Bob’s Finest Kind smoked maple syrup.  Smoked rice from UAE’s Amira also caught our eye though we couldn’t give it a taste test and Korea’s Roasted Bamboo Salt left us wanting to know more. Indigenous American tea (Yaupon) from Asi Tea was also one-of-a-kind, joining jicama chips and various 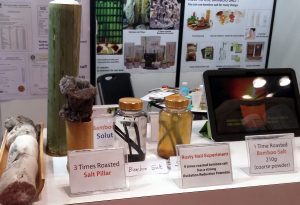 GLUTEN and GRAIN-FREE items, from cereals to pastas to wraps, catering to the Paleo eaters and the growing numbers of anti-grainers everywhere. Boasting Superfood Status Grapeseed flour (by Salute Santé) and Cassava flour (Ladang Lima from Indonesia) sounded particularly intriguing.  We will report back once we have a chance to cook with them.

While not over-the-top trendy, this year’s show also brought refinement to some familiar products. Karmalize.me’s nut butters are sublime, raising the bar in that segment. Plus, they are woman-owned and donate 50% of their profits to charity. Greyston Bakers also are do-gooders, helping to train marginalized populations in baking. Kudos. Gracious Gourmet, with its yummy Hatch 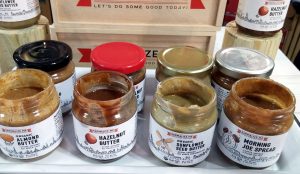 Pepper pesto, is another women-owned company with a line of sweet and savory spreads. Go ladies!

Finally, POPCORN and SPICY were two trends that didn’t quit. Habanero everything (chocolate, pralines, salsa, spread) along with Korean Gochuchang (Chung Jung One) spicy miso and dozens of hot sauce versions from around the globe (Mina’s Harissa, Filfil’s garlic hot sauce, and many more).

As always, there was a lot to see, test and taste and we are still 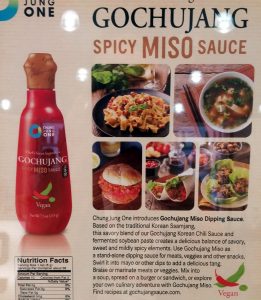 working through some of the standouts. Stay tuned for more news and reviews and 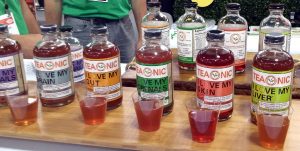 some cool giveaways as we eat our way through the summer.