What You Don’t Know… GMO and What You Eat 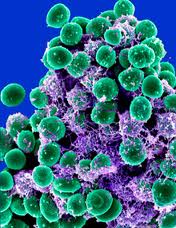 How many of us have ever heard of the Codex Alimentarius?Not many, we suspect. Which is too bad because it affects the food we eat, whether we know it or not. The Codex, simply stated, is an international body that adopts standards, codes of practice, guidelines and other recommendations for all things food-related (labelling, additives, hygeine, pesticides, etc).

As it is intimately connected with and its standards are referenced in trade and trade agreements, it can also have the force of law as a practical matter. Notably, the Codex Commission is considering (despite the U.S. push the other way) Methods of Analysis and Sampling (CCMAS) on “Guidelines on the Criteria for Methods for the Detection and Identification of Foods Derived from Biotechnology.” To the rest of us, that means genetically modified food.

Chances are good that most people don’t know that lots of the food they eat has been genetically modified. No, we ‘re not talking about hybridization, selectively breeding characteristics to make a juicier peach or rounder lemon. We’re talking about methods like inserting carrier E. Coli with pesticides and such into food ( a little pesticides with your corn anyone?) with techniques including recombinant DNA, cell fusion, micro and macro injection, encapsulation, gene deletion and doubling. As the Codex explains, the “genetic material has been altered in a way that does not occur naturally by mating and/or natural recombination.”

While you may have heard about the “furor” over genetically modified foods, including many cited risks, what you may not know is that much of the grocery stores shelves contain genetically modified (aka “GMO”) ingredients. In fact, the Food and Drug Administration indicates that labelling food as “GMO free” could be misleading since consumers might think there’s something wrong with food that’s been genetically engineered. Uh, right.

What you don’t know, can still affect you.Time is now to push our elected officials to make GMO food labelling mandatory, so at a minimum, we can make informed choices as can eaters in many other countries.

Got De Skills? Losing the Art of Knowing How

In a Rut? Create Your Gut!