The Organic Connection (For What it’s Worth) 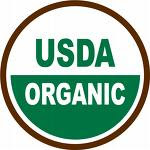 An article in today’s New York Times raises a question lots of folks have especially as they are trying to spread their diminishing food budget among growing expenses — is organic better? The points raised address issues such as inspections and what the USDA Organic seal does and doesn’t mean and how private organic certifications entities intersect with issues like food safety and their own continued profits.

As we’ve been explaining for years, just because a food says it’s organic doesn’t mean you should eat it over other foods or that it’s automatically better or safer or even “worth it.” Apparently the Organic Trade Association’s new motto is “Organic: It’s Worth It.” Maybe. Maybe not.

The real point is that labels only get you so far. As the article appropriately notes, the organic movement was a culture built on purity and trust between the farmer and the customer. In other words – the connection between what is grown and what we eat, between who grows the food and who eats it.

When we allow ourselves to become disconnected — meaning removed from buying, preparing and consuming food, eating without regard to our connection with the soil, the workers and the means and methods of getting the food to us, we’re eliminating this important pillar of why we wanted organic in the first place. Aside from the worthy goal of avoiding genetically modified ingredients, there are other reasons to go organic, including fewer contaminants and possibly more nutrition.

Just remember, the “organic” label does not necessarily mean t 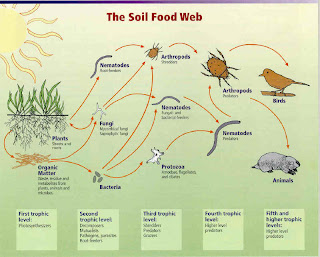 he food is better. Even “Certified Organic” only means that 95% of ingredients are actually organic, excluding salt and water. Farmed fish might be called organic even though their fish meal food may be far from pure. For our part, we’d rather eat the veggies from our community market even though the farmer hasn’t received the organic certification than Chinese organics (where have they been?) or highly processed organic goods.

Bottom line is: Connected is better. Talking to your grocer (or farmer) and learning where your food comes from is better. Preparing your own food with care and respect is better. That’s the true organic connection.

Focus in a Blurry Bowl of Soup