The (Future) King’s Speech: Upping the Ante on an Honest Food System

Nice to see all this attention on food in the news, especially the focus by the Royals  – you know those of the finally finished ROYAL WEDDING (no, not the Kansas City team). We’ve gotta give Prince Charles credit — he’s obviously a bit more evolved than the others. Pointing out big agriculture’s “umbilical dependency on oil” and warning that humans “are pushing nature’s life-support system too far” sounds right-on to us.

Of course, we’d love to go further and note the delusional thinking that has created the “insanity” he and others mentioned at the Washington Post Future of Food Conference, which results in the freaky deadly 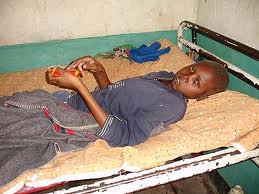 combo of obesity plus severe malnutrition.   Today’s Double Combo perhaps? Yum.   One step beyond ignoring evidence, this mentality endorses deliberate ignorance so that way no one can say there’s any evidence of anything.  Uh, duh.
Prince Charles also stressed the need for a “more honest form of accounting,” a statement that is notable because it’s now been said by the Future-King-of-England.  Whatever the global food system is, it’s not HONEST through and through.  If it were, we would not have the massive hunger, growing malnutrition (and this includes obese people – it’s not only about starving), poison food chain, environmental shit-holes and food instabilities that we have.

We agree that the global food crisis isn’t just some possible future event, it’s actually here, now.  Our food supply is literally at the fork in the road to our future.  If we’re going to be so honest, the fact is there is already enough food on the planet to share among us, even with a growing population.   Clearly, what needs illuminating is how the food the earth produces gets into our mouths and whose mitts it passes through in the journey.
That’s why it’s so nice to see this gathering (will check out Michael Taylor’s and Marion Nestle’s statements too) and remember the always welcome good news: we can always act and learn.  We can make sure we do not have to eat genetically modified, processed, treated, poisoned or dirty food. We do not have to remain stuck in the ruts of habit.  We can begin right now, with the next bite.  We can wake up.
Prev post

Could it be the FTC's Getting Tough?