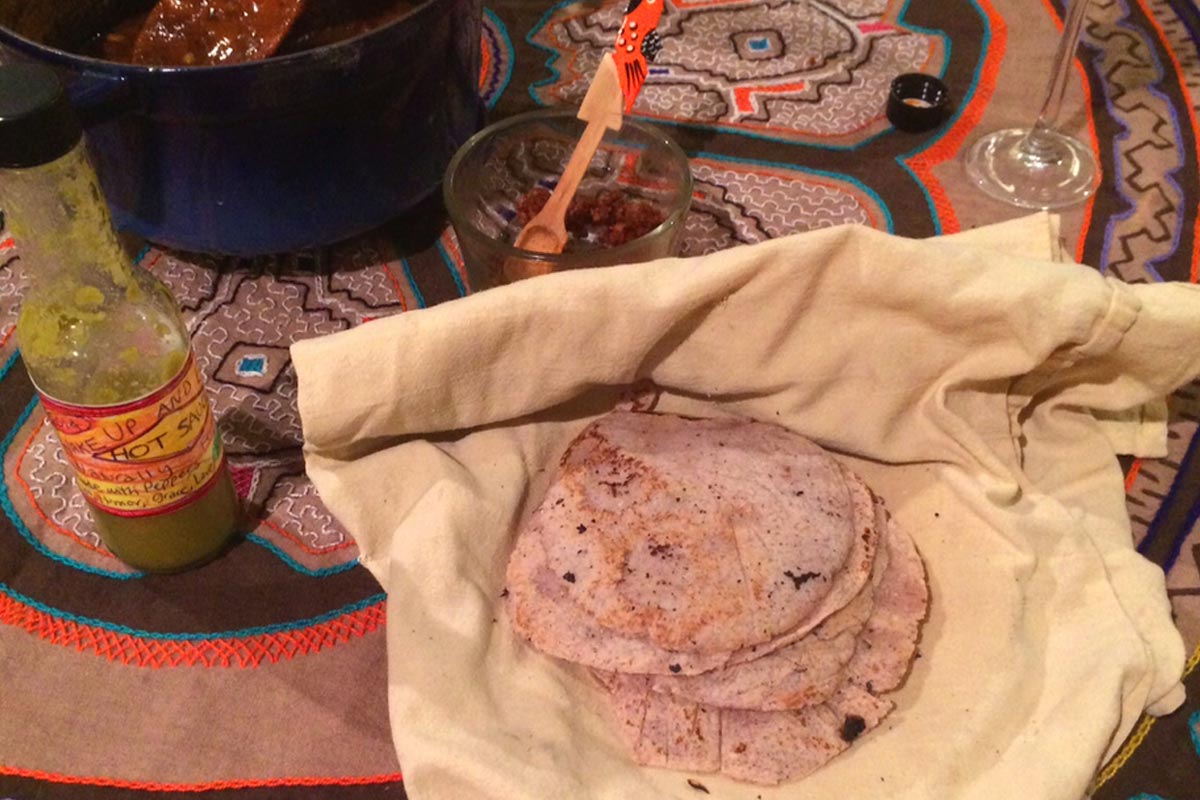 The Delicious Magic Of Nixtamalization 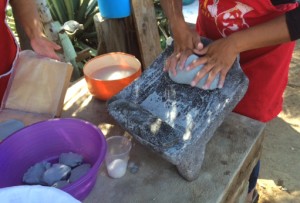 The flavor of metate-ground fresh masa tortillas is unlike anything else: soft, warm and tender in the middle with tons of real corn aroma, nothing like the bland and neutral store bought corn tortillas many of us are used to. On a recent trip to Mexico, I was lucky enough to have small town women regularly hand-make these tortillas for me and my group. Even the tortillas made from masa harina, or dried masa flour, do not compare to the depth of flavor you get when the masa is made from freshly nixtamalized corn kernels. 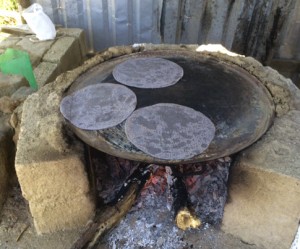 I knew there was no way to recreate this simple yet enchanting flavor without making my own masa from scratch. So, when I got the call asking if I wanted to make something from a pack of Rancho Gordo & Xococ’s Red Corn Kernels sent by The Veggie Queen, I jumped at the chance.  I also quickly started researching nixtamalization.

Nixtamalization is the process of cooking and soaking corn kernels (or other grains) in an alkaline solution, most commonly water with pickling lime also known as cal (calcium hydroxide) or wood ash. The lime or ash changes the compounds 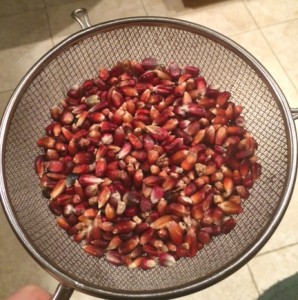 in the kernels in a few important and tasty ways, most notably binding the digestible proteins, making niacin and other vitamins bio-available, softening the outer hull for easy removal and enhancing flavor and aroma. Nixtamalizing the corn converts corn from mere food source into a superfood, that when paired with beans, provides all essential life-supporting nutrition. When corn was taken to Europe and Africa, many communities used the fast and easy growing crop as a staple, but overlooked nixtamalization, leading to severe malnutrition.

The process itself is easy. Start with corn kernels, ideally an organic and fair-trade grown

variety, both Xoxoc in conjunction with Rancho Gordo and Masienda have offerings across the Unites States. For every cup of dried corn kernels you use about 1.5 tablespoons of cal and 3 cups of water. It’s as simple as mixing the cal with the water, simmering the corn for 30-45 minutes depending on the variety of corn, and letting the solution sit for 12 hours.

Next comes the tedious part, washing the corn to remove the outer hull by rubbing the 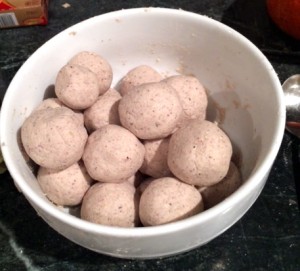 kernels between your hands. When the kernels are clean, grind in a food processor adding just enough water to make a dough.  Be careful not to add too much and be patient – it can take 5 minutes or more to get the mixture to be tortilla-making dough.  Form into small balls, let rest 5-10 minutes and shape into tortillas (by hand, with a press or even a rolling pin).  Bake on a hot comal, flipping carefully with a spatula and stacking the finished tortillas under a hot towel (or a tortilleria).

You can also use your delicious masa for tortillas, gorditas, huaraches, or mixed with a fat 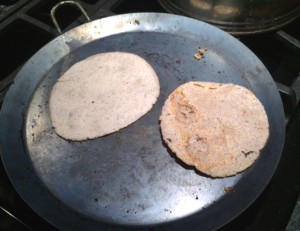 (traditionally pork lard is used though you can substitute vegetable lard or plant oils) to be used for tamales. {Check out the Wake Up & Eat recipe}

As a lover of all things Mexican and all things gustatory, I can’t believe it has taken me nearly 30 years to make tortillas from scratch! While not difficult, the process is a lot more time consuming than using prepared masa flour (be sure to use the organic type if you do since it’s not genetically modified corn). Oh, and if you’re out of masa harina, here are some clever easy substitutes in a pinch.

While you may not want to nixtamalize every day, it’s a great skill to have and a fun way to get maximum flavor out of your masa for special occasions.