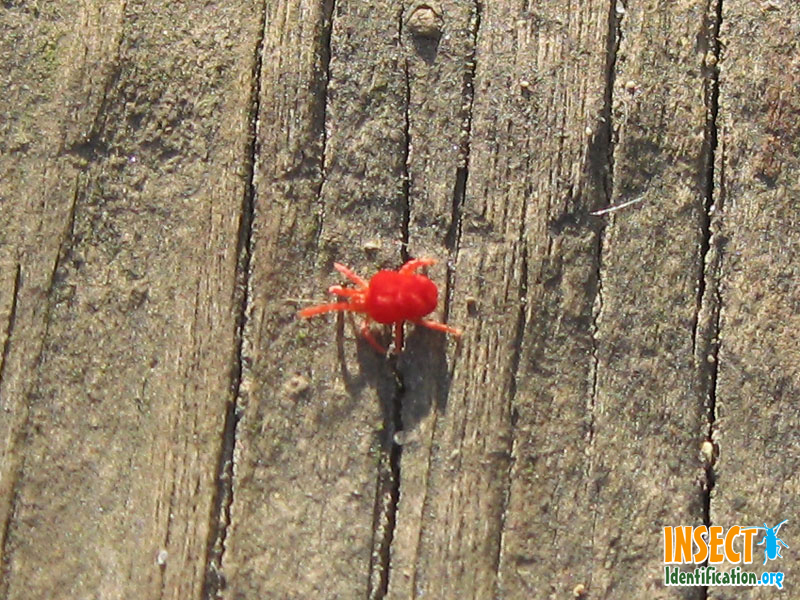 Our Food Web — Bright Mites at the Soil Frontier

This Day in Food:  May 1, 2012    It’s May Day today and we’re at the edge of the soil frontier, discovering a miniscule link in the enormous food web.

Today we were poking around in the garden, checking on the emerging spinach, and we saw a red dot move across the soil. Then another.  Finally, crouching way down and picking up the clump of earth one of the dots was moving across, we saw it – a Red Velvet Mite.

“The Ruby lord of the love garden,” as it is called by the Chicago Wilderness magazine, this miniscule mite plays a key role in keeping the soil alive, eating it’s share of fungi and bacteria, assisting with decomposition and generally helping ensure that our soil (and ultimately what comes from it) is healthy and thriving.   Plus, it looks really cool, with its color, which can be a cross between fire-engine red and fluorescent orange (there is speculation that the color might be a warning to predators to stay away).  Maybe it has something to do with May Day and Communism (remember? better dead than red?).  Incidentally, while these ruby bugs of the family Trombidiidae may look like little spiders, unlike their relatives such as chiggers and ticks, they apparently don’t bite humans.

What an amazing creature!  Who would have ever thought of this teeny bug and yet, without creatures like this, our soil wouldn’t “work.”  They truly are at the soil frontier.  So tonight, when we sit down to eat our next meal (probably some spinach greens and leftover lentil dal), we’ll say a few extra thanks for the millions and millions of these red dots (and the rest of the organisms that make up the dirt) going about their business, helping to bring us the food we so enjoy.

Pan-Fried Chicken (of the Woods) and Garlic