Food A.D. Artificial Digestion That Is. 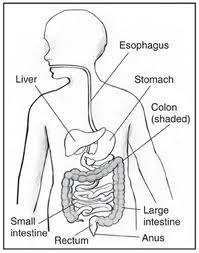 Yesterday, a story on foodnavigator.com reported on the so-called “model gut,” developed by scientists at the Institute of Food Research (IFR) in the UK. The IFR says the product, first announced in 2006, is the only model of the human stomach that simulates the physical, mechanical, and biochemical processes that occur during digestion.

The ostensible purpose (aside from a licensable product that food and drug companies wanna buy) is to improve food screening, drug development, and to support lots and lots of research. Apparently, the belly-in-a-box can measure stuff like mixing dynamics, breakdown forces, hydration patterns, diffusion profiles as well as biochemical parameters, (e.g., digestive enzymes, acid phospholipids and bile).

So what? While it’s a nice idea, it obviously isn’t the same as a human. In fact, substantial research as well as personal experience, teaches that this kind of simulation will likely suffer from what it lacks – the variations in each of us that creates our metabolism and digestive system according to our emotions and who we are in that moment. Research shows that when we eat when we are stressed (with stress-induced adrenalin coursing through us), we digest less well. Conversely, when we are well-rested and relax, our digestion improves. Let’s see the machine chill out and see how it does.

Bottom line is that while the artificial digestion model might have some uses, we do not think that it should be viewed as the definitive word on digestion for any of us.Instead, each of us remains our own food and digestion expert.

Are You Thirsty? Honest Tea? Honestly!