Driven by Flavor: Who’s Kidding Themselves? 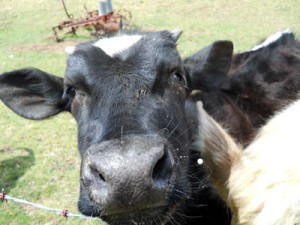 More on Dan Barber’s rantings in the Wall Street Journal seeking to justify his feeling that burgers “should be part of your diet.”  As Eleanor West writes in Food Republic, (Vegetarians, Carb Lovers and Coke Fans Beware), the crux of Barber’s argument boils down to three main points. Our response to each point follows.

Response:  So what?  This “argument” is a textbook example of logical fallacies in action.  Just because animals have a role in the environment, doesn’t mean we should eat them.  Look at India.  Hundreds of millions of people eat really well (who doesn’t love Indian food?) on a vegetarian diet yet they worship cows rather than eat them.  Even assuming animals are needed for healthy soil, that doesn’t mean they should be slaughtered.  In fact, environmentally-speaking, wouldn’t it be better to let Barney-the-cow live out his natural life and keep fertilizing the soil rather than waste his soil fertility contribution by turning him into burgers?  There’s a huge leap here being made by Barber in defense of his appetite, which may make him feel better about his choices, but has no grounding in actual reasoned logic.  In Latin, this false cause and effect is sometimes labeled post hoc ergo propter hoc. 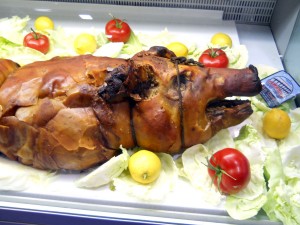 2.  Butchering animals may not always be kind, but eating industrial crops that are grown with pesticides and fertilizers is also a destructive practice (a.k.a soy veggie burgers).

Response: Another fallacy, sometimes referred to as a “false dichotomy” or a “false dilemma.”  The choice isn’t between eating meat (whether the animal was “humanely” slaughtered or not) and eating a genetically-modified chemical-laden soy burger.  No one, even meat-eaters, should have to eat a poisoned food supply, whether that means pesticides, fertilizers, herbicides, etc.  Moreover, what exactly does Barber think most of the animals that folks enjoy are eating?  They are eating the stuff that’s grown with poison, which then spreads throughout the food chain.  The real choice is between eating animals and not eating animals.  Animals are sentient beings and we have the ability to feed the world without killing them yet we choose not to because, well, we like the taste of meat.  At the same time, we  agree that chemically-grown food should be stopped (and avoided if possible even while it remains the mainstay of our food supply), which will help restore soil health and create a healthy place for all beings to thrive. 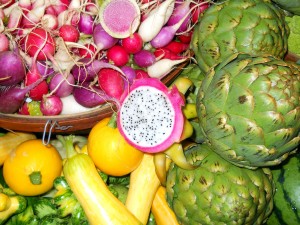 3.  Ethical eating is not one-size fits all, rather it’s determined by the time of year and where you live.

Response: OK, we agree with this – who wouldn’t?  No question, it’s not a one-size-fits-all world, and there are lots of factors at play and work here.  Is it ethical to eat crops harvested by “slaves” or that effectively deprive those who grow the stuff of adequate nutrition?  Whether this state of affairs converts meat into an ethical choice, however, is yet another fallacy – a red herring.  As Sam Harris so eloquently describes,  there is no ethical defense of eating meat.  That said, he (and many others) still eat it, presumably guided by temptation and factors other than ethics.   That may be fine, but let’s not pretend it’s somehow “ethical.”  Imagine a more advanced civilization, butchering humans as we do cows and pigs – we would surely claim that such behavior is wrong.

Bottom line?  It’s perfectly understandable that some people place flavor at the top of the list when it comes to choosing food.  But, let’s not pretend the choices this goal drives (especially if it means eating meat) should be deemed  ethical, environmentally sound or nutritionally correct.  We know plenty of vegetarians — vegans even — who also want their food to be supremely delicious.  If anyone’s on a high horse, it’s Barber.  Time to dismount and admit that flavor (not eco-issues, not morality and not health) is his paramount motivation… and we are sure his talents will mean that his food meets that goal.