This year at the Baltimore Natural Products Expo East, US Hemp Oil unveiled its Cibaderm line of products, along with CanChew Gum, Cibdex tinctures, and a very high strength “medical grade” hemp oil.  The common thread? They all contain cannabidiol (CBD), derived from industrial hemp, that many may already know about from its use as a medicine dispensed at cannabis outlets, lawful in many states.

For those of us who live in less forward-thinking regions or who are not comfortable with existing outlets (whether for questions about purity, social reasons or whatever), these products offer the opportunity to experience the benefits of CBD over-the-counter.  While no medical claims are made (don’t you just love the FDA, who seem to have a system that keeps us in the dark rather than allow information to flow freely?), there is an enormous amount of research showing the overwhelming benefits of CBD, especially for inflammation, pain, multiple sclerosis, chronic neuropathic pain, intractable nausea and vomiting, loss of appetite, psychosis, epilepsy, addiction, metabolic disorders, and more.  There is even research showing the ability to inhibit breast cancer. 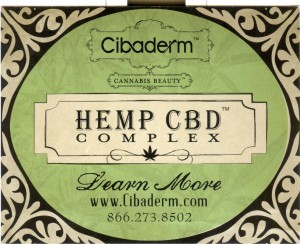 Of course, cannabis use and benefits are nothing new.  Ethan Russo, a cannabinologist, has documented just some of the ancient uses, as has noted ethnobotanist James Duke in his article Pot Shots, published June 2013 in Pathways magazine, where he describes evidence of cannabis use going back thousands of years in China and elsewhere.  Mainstream publication Scientific American has reported on use of cannabis for modulating fear and Sanjay Gupta of CNN issued his mea culpa, now seeing the cannabis light. And, who could forget Jack Herer, who toiled on behalf of the maligned hemp until the end? 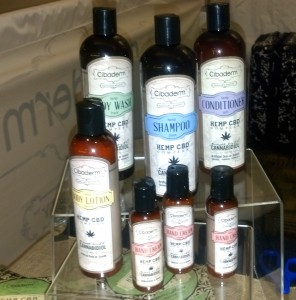 Clearly the time for CBD products has come.  Lacking psychoactive effects (no, they don’t get you high), CBD works on our in-built endocannabinoid system, which plays a key role in diverse functions including immune response, food intake, cognition, emotion, perception, behavior, coordination, body temperature, wake/sleep cycle, bone formation and hormonal control. As we see in this video, according to Chris Boucher of US Hemp Oil, we are at the “third wave” of hemp – the one that will bring us greater health, naturally.

UPDATE (Jan 2015):  While CBD still remains a constituent with great promise, we urge readers to do their homework when acquiring it for medical use.  In particular, numerous questions have been raised about US Hemp Oil, including its purity and financing.

Something to cheer about!